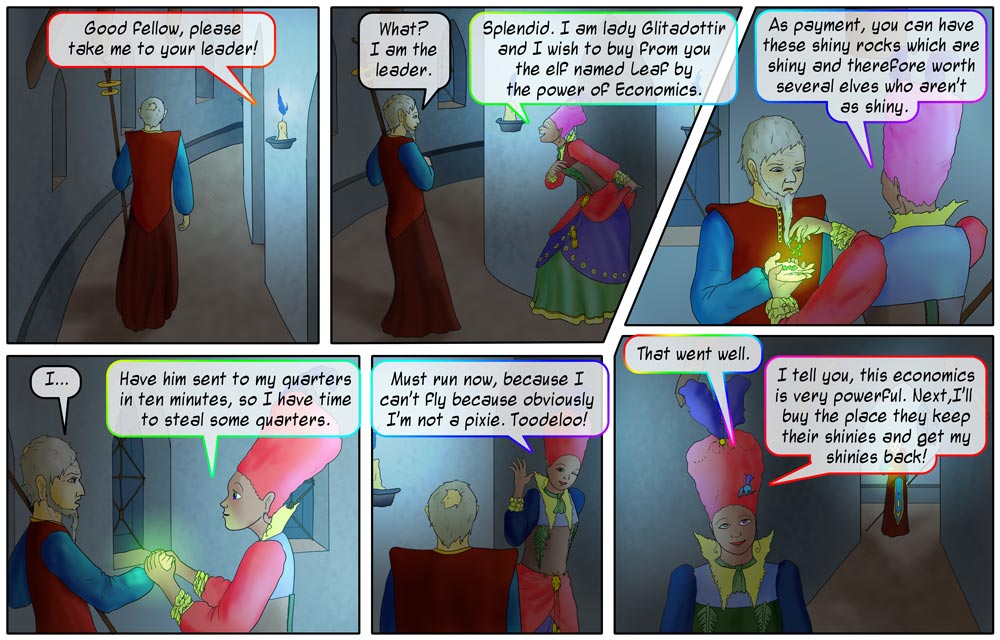 Also - Glittadottir? I assume that translates as "daughter of shinies"? I love her pose in the second panel!

Feith backwards is Thief! I never knew that!
I almost always check names that way when I first see them - how did I miss that?

.... what? I though Ayne will stop her before doing something this foolish ...

The Master's expression in the last panel is just priceless. Use the magnifier to see it without the text box ;-)

In the third panel, you can see the glow of the shinies spell out 'Freedom' over their hands, using the Magnifier. Love the Magnifier! :)

She just gave the evil sparkles of doom and amnesia to the head wizard, while inadvertently telling him that she is a pixie who is willing to give up shinies to get back an elf possessed by three furies. And Leaf told that same wizard that he lets a pixie do his negotiations with said furies. Wow... this could go in so many different directions, but mostly just doom on the wizards. And I don't think the head wizard is evil enough to deserve it. Lady Cynthia on the other hand...

It isn't just her outfit. Take a good look at the color of her eyes!

The first encounter with Pixie Logic is the worst, except for all the others.